In October Ms Nauta and I attended a presentation at County Hall, Chester, by the current Cheshire Poet Laureate, Jo Bell. 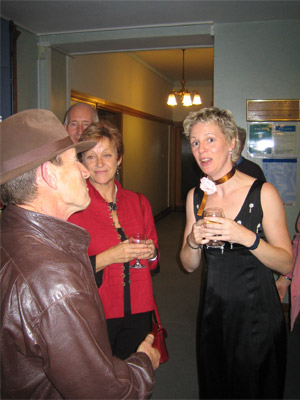 She informed prospective candidates and others what the post entailed.

At question time I asked of Ms. Bell and the County Literature Officer, Anne Sherman, how poetry was defined for the purpose of the Laureateship. I received no direct reply.

I subsequently applied for the Laureateship and named two referees as required. I had been told that interviews would take place early in December.

Here is my application: 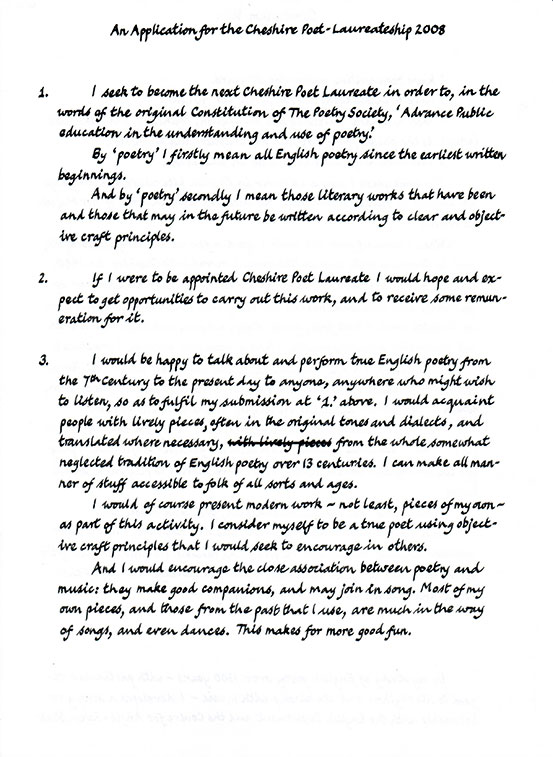 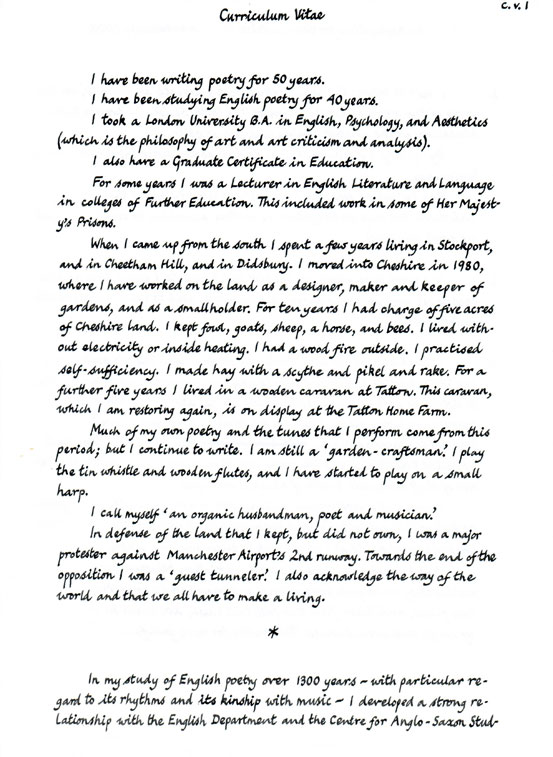 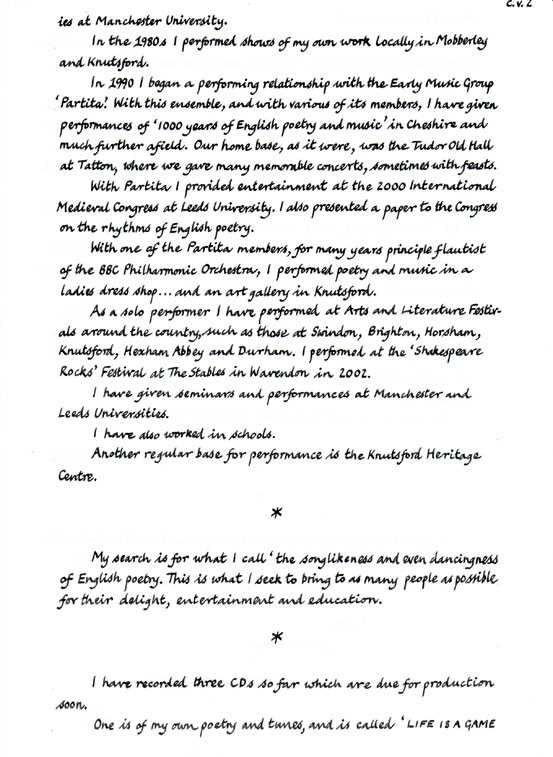 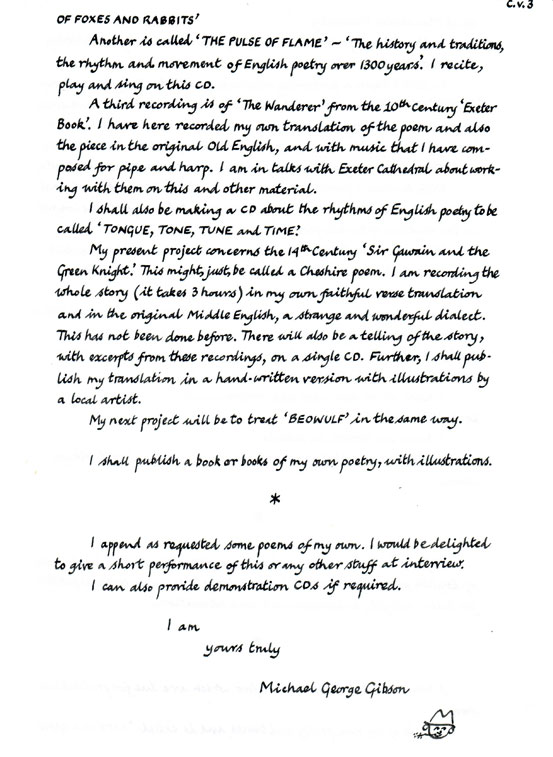 I subsequently received the following letter from Ms.Sherman dated 8th November telling me that on this occasion I had failed: 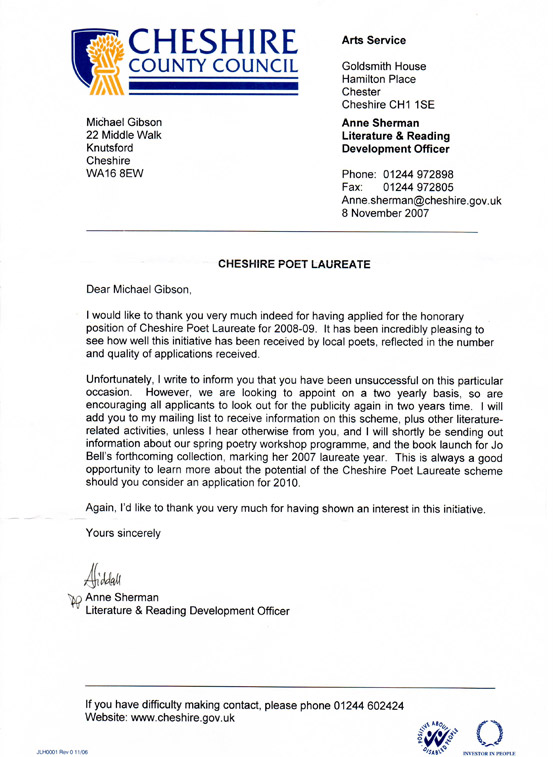 I replied on the 9th December expressing my continued interest in the Laureateship and inviting Ms.Sherman to a performance at the Knutsford Heritage Centre on December 21st: 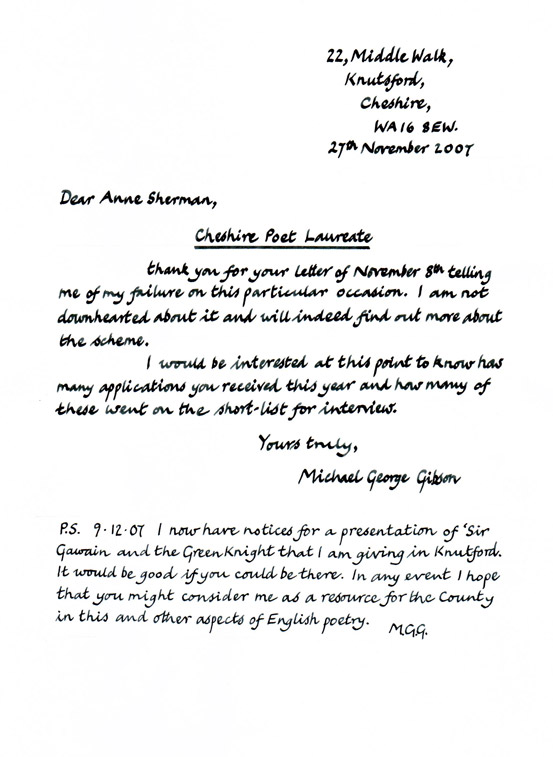