In April 2006 the First Caedmon Literary Festival was held in Whitby. Michael made his keynote appearance on Sunday 23rd April. 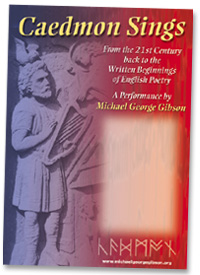 On the 18th January 2006 Michael performed ‘Chewing on a Straw’ at the Village Hall in Sutton Waldron, Dorset.

On Tuesday the 18th January, at the Village Hall, people gathered from near and far to enjoy an evening of rustic stories, poetry and music. The whole entertainment was written, composed and performed by Michael Gibson. He played on a penny whistle and a recorder and his music was fresh, lively and rhythmic.

Michael Gibson was inspired to a large extent by his years as a smallholder in Cheshire, where he lived close to his animals and the wildlife around him. His keen eye and observation enriched his stories and poetry, which were full of humour. Spontaneity was a key part of the evening and many world premieres were heard, including a rap song for Sutton Waldron.

You may not all know that Michael Gibson is Rosemary Hood’s brother. He came to Sutton Waldron to a Gibson Gathering with sister Brigid, who from the USA to celebrate a special birthday, and brother Mark. The Hoods had never heard perform so it was as much a new experience for them as the rest of us. Michael Gibson was warmly applauded for his excellent performance. We are all very grateful to Rosemary and Dick Hood for inviting him to come and entertain us.

The evening raised one hundred and forty seven pounds, which was shared between the Village Hall and the Friends of St Bartholomews.

Organic gardener, self-sufficiency expert, poet and musician, Michael Gibson is the kind of man who makes urbanites wonder if life is passing them by. Issues big and small are handled with a delightful lightness of touch – ‘Thing’ is a profoundly moving idea which sees the endless cycle of Big Bang/Big Crunch as God’s heartbeat, whilst ‘Relax with the Cats’ beautifully captures the lesson in slack-limbed abandonment of a cat lying in the sun. A disconcerting number of references to sex in the animal kingdom failed to diminish the charm of the perfectly metered, rhyming verse, pennywhistle tootling and gentle philosophy

This was a look at the last 1300 years of English poetry that concentrated mainly on the rhythm of such pieces. A passionate orator and performer, Michael Gibson crafted a curious show which meandered along with the help of anecdotes and pipe music. However, this was a slightly bewildering experience given the evolution of the English language in years gone by, it was quite often unintelligible and unrecognisable as English. Overall, this was a slightly esoteric event but one which would have sated the demands of those interested in poetry’s structure and place in this country’s history over the centuries. 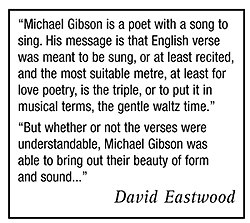 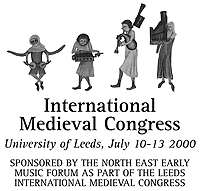 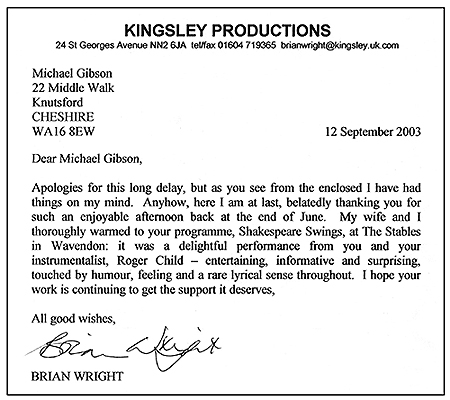 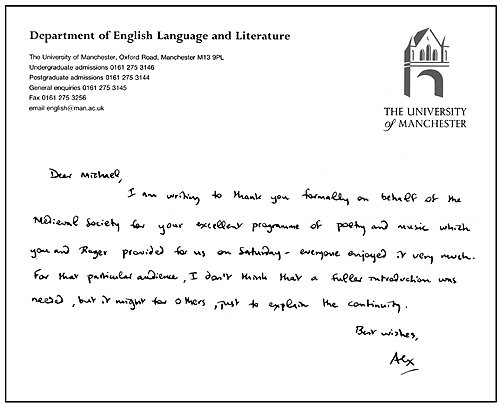 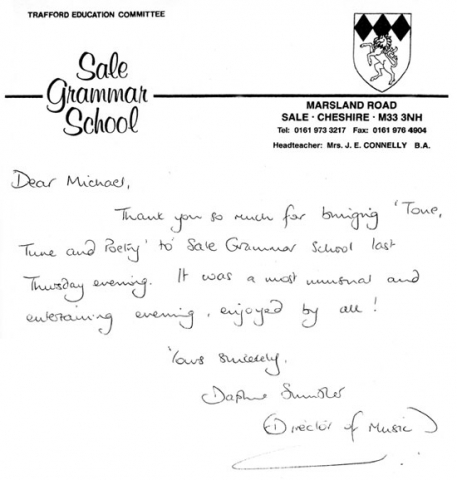